 Home   Motoring  News  Volvo to Introduce Keyless Cars, Smartphones to Unlock and Start Cars
Isaac Oguji
The Swedish Automobile Manufacturer, Volvo has announced that by 2017 it'll roll out its keyless entry into its fleet of vehicles. 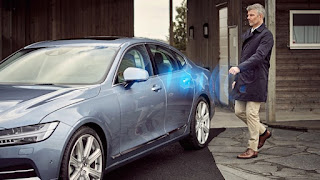 Already, drivers of cars with engine-start push buttons require nothing more than a Bluetooth key fob – no actual key is required. Volvo, however, is taking things a step farther.


Soon, some Volvo drivers will need nothing more than their smartphone to use their car.
The new Volvo app reportedly allows drivers to do all the same things as a traditional key, such as unlocking the doors and starting the engine. In fact, drivers don't even need to operate their smartphone to unlock their car, as the distinct Bluetooth signal from their phone will do so automatically as they approach the vehicle. 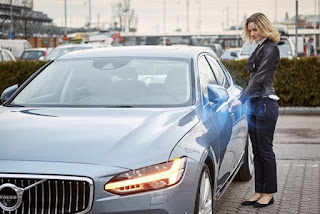 Additionally, one phone can contain "digital keys" to multiple Volvos. This means that one person could access numerous cars in a fleet, for instance, or they could more easily pick up a rental Volvo to which they had already been sent a key – that digital key would expire after the rental period was over.
As is already the case with various electronic bike locks, users could also lend their car to other people, by sending them digital keys. Those keys can be designated for a single use or for use only at given times, if required.
However, there would be availability of physical keys in case the digital technology disappoints.

Disclaimer: Comments and opinions expressed are solely the rights of the user and not a representation for AutosLedge. Report
 Home