 Home   Automobile  News  Reviews  Trending  Behold! The all-new Range Rover Velar
Isaac Oguji
Look what we woke up to in March: the latest in town, taking up all the respect in its class, dusting rivals and commanding defiance in both specs and design; welcome the all-new 2018 Range Rover Velar! 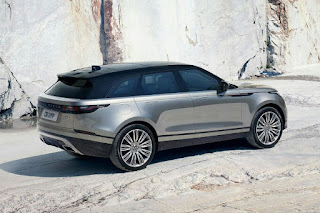 It's the beauty we've been waiting for all these while. Jaguar Land Rover, the company manufacturing the range rover models unveiled the latest addition to its fleet of luxury and high performance SUVs, the Range Rover Velar(us).

Actually, I personally have a thing with the new name - it sounds awkward to say the least. Not as invoking as the AUTOBIOGRAPHY-VOGUE, EVOQUE, FREELANDER, SPORT HSE, LR4 and so on. It just doesn't fit in for a vehicle with such a bold and egornomic design combined with a powerful engine and audacious look.

But that's none of my business. What matters is that it's here and here for good. People will definitely buy! It's scheduled to make its first public debut at the 2017 Geneva Motor Show later. 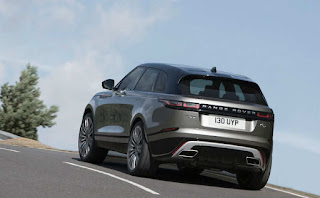 "The new Range Rover Velar brings a new dimension of modernity to our brand while reinforcing our total commitment to design and engineering excellence," Land Rover chief design officer Gerry McGovern said in a statement.

The new British addition sees a forthcoming competition with German brands like Mercedes and BMW.

A starting price of $50,000 suggests that the Velar packs loads of goodies for the auto fans and potential buyers. Remember, it's 2017 so definitely it's going to be stuffed with the latest technology in town and best safety features.

Aesthetically, it offers a sleek design taking a cue from its big brother the Autobiography.

Under the hood of this baby, the Velar is available with three engine options. A base 2.0 liter, 247 horsepower, turbocharged four-cylinder engine along with optional 180 horsepower turbodiesel and 380 horsepower, supercharged V6 engines. All three engines are mated to a slick-shifting 8-Speed ZF automatic transmission with standard all-wheel-drive.

Under the hood, the Velar is available with three engine options. The turbocharged engine can fly the Velar up to 100km/hr in just 5.3 seconds - pretty easy and sweet!

Just like I mentioned, it's high tech - adaptive cruise control, self-braking system, a 360-degree camera, automatic parking, advanced All-wheel-drive (AWD) system and loads of other features which would be revealed at the Geneva Motor Show scheduled for later.