See the electric car that was built by UNILAG engineering students 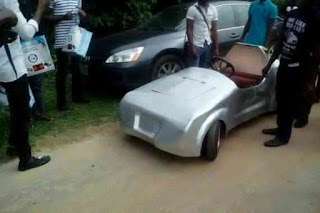 Have an idea of an electric car? YES? NO? Continue reading below.

An electric car in the simplest terms is basically a car which does not use any other fuel other than electric battery cells. In essence, electric cars do not need petrol, diesel, hydrogen gas or any other type of gas to operate. It relies on battery technology to run. All of its systems from air conditioning to mechanical systems depend on the in-built battery.

The essence of electric cars in today's society cannot be overemphasized as the basic reason is to reduce emissions from combustion engines and save the environment from pollution, global warming and climate change. 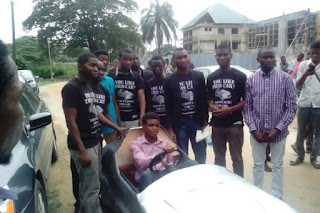 In 2015,  a group of UNILAG (University of Lagos) engineering students successfully built an electric car from scratch and unveiled it to the public. The electric car project was titled DOVE which stands for "Designed for Zero Vehicle Emission." The product was called DOVE P1.

DOVE hopes to reduce the amount of carbon dioxide released into the atmosphere by promoting zero vehicle emission.

The young undergraduates are future thinkers who believe in a greener and safer environment. These days, we see fully developed electric car technologies in advanced countries like the United States with Tesla being the dominant brand in the segment. Other auto brands into electric technology including Mercedes-Benz, Audi, Renault, Chevrolet, Toyota, Honda, BMW, and some other Chinese brands.

Hopefully, we expect the electric car technology to arrive Nigeria in no distant time as we cannot remain a third world country for long.