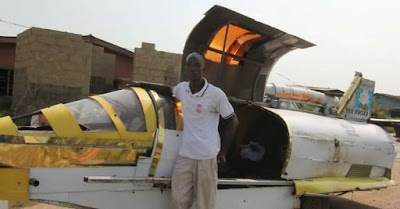 Kehinde told CNN about his invention:

"I tested it in the sea and a lot of people were surprised it can move on the land and sea. That's one of those things that amazes people."

According to him, he's traveled 84 miles from Lagos to Ibadan in his self-made jetcar. He also claims the jetcar can reach a massive speed of 120km/hr on land and a minimum of six knots on water. That's quite lot of speed! 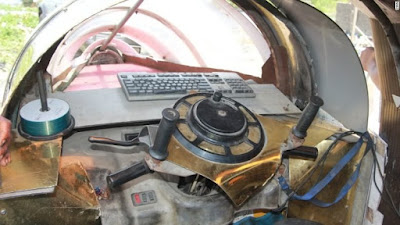 He equally has a dream to build a vehicle which could travel underwater. This is coming as Nigerians are beginning to key into the tech space and unleashing their skills, talents and innovative prowess to solve environmental problems.

Recall that earlier, we saw a 30-year old Nigerian student of engineering at the Obafemi Awolowo University build a solar-powered car and also a UNIBEN graduate who constructed Africa's tallest scrap sculpture with his bare hands. We hope to see more of these in no distant future.