 Home   Automobile  Reviews  The Luxury 2017 Mercedes-Benz Metris passenger van shares Sprinter Jetvan DNA
Isaac Oguji
Your trusted luxury brand doesn't have any problems with placing luxury and performance in every of its products since that's the watchword of the company itself. With the 2017 Mercedes-Benz Metris passenger van, commercial transportation is now redefined and taken to a whole new level.

Notice the striking dashboard which doesn't look discriminated against one bit for a commercial vehicle. Same aesthetic design is what you find in several other luxury Mercedes models out there.

MotorTrend made an in-depth analysis of the new van, with few advantages over some of its competitors - the midsize Metris is bigger than a Ford Transit Connect or Nissan NV200, but it’s not as massive as a full-size Mercedes Sprinter or Ram Promaster.

One of the best infotainment system is incorporated into this deceptive road liner and the seating plan is super awesome! Not your regular commercial van, it uses more leather than you could ever imagine. 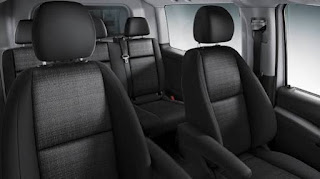 You’ll also notice a small display running an infotainment and navigation system as well as several other controls on the front panel. Depending on the model, it does include an elevating roofing system for extra interior space.

MotorTrend's review also indicated that there’s ample legroom for adults in both the second and third row, and getting all the way back is very easy with the standard two-seat second-row bench. 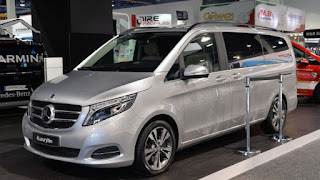 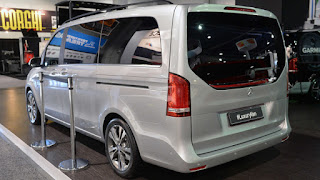 Other features include dual power sliding doors which are optional of course, an automatic liftgate, and ample bootspace.