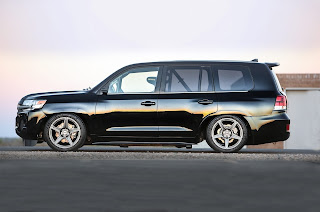 Reaching an unbelievable speed of 370 km/hr, it beats the previous achievement by a slight margin, and now holds the record for the fastest SUV in the world. More interestingly, it's got a massive V8 engine that gives off a whopping 2,000 horsepower. 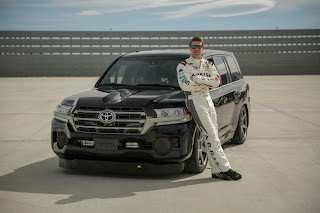 The new record was set by former Toyota NASCAR driver Carl Edwards at Mojave Air and Space Port in Mojave, Calif. Then, the Land Cruiser had a twin-turbo 5.7-liter V-8 which was obviously put to good use. The heavily modified Toyota 3UR-FE V-8 uses two enormous Garrett turbochargers that can produce as much as 55 psi. To handle that level of boost, the engine got upgraded connecting rods and pistons, a new intake manifold, and much more. 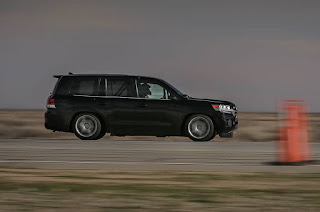 Apparently, the suspension was lowered to improve aerodynamics, stability and control at high speeds.

Watch as the Land Cruiser speeds off on track below: