PAL-V: This flying car is worth $399,000 and is available for purchase 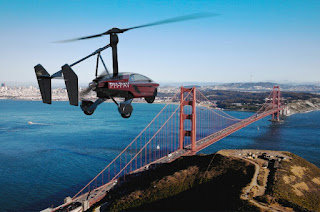 Now, the company has opened its sales doors for orders to be placed by potential buyers.

Did you know that a luxury Rolls Royce goes for about $400,000 but you can purchase a seemingly more flexible automobile-chopper for $1,000 dollars less of that massive price?


The flying car is named Liberty and the company says that the Liberty is fully compliant with safety regulations set by global governing bodies. It also stated that delivery of orders and purchases would commence by the end of 2018. That's not so far-fetched.

90 units are first available and are designated as the Pioneer Editions, with crazy interior and exterior features. Although, the price could go as high as $599,000 if a buyer wants to add extra features like heater. So after the Pioneer Edition sells out entirely, the company would begin to sell the standard model called the Liberty Sport which would go for only $399,000.

According to a statement by the company,

“PAL-V deliberately chose to engineer, design and build a flying car with proven technologies and fully compliant with existing regulations."

"This leads to a first product delivery date that is realistic and imminent.”

North America is targeted as a major potential market for its flying car.
Buyers should have a license for both driving and flying. 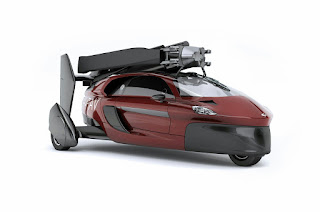 On the road, the Liberty can lower its suspension and make use of its tilting cockpit for better maneuverability. PAL-V lists top speed on the road as 100 mph (161 km), while 0-62 mph is estimated to take less than 9 seconds. In the air, the car can travel at speeds up to 112 mph.

Although PAL-V is the first company to make the flying car commercially-available, it is not the only company in the business of flying cars as there have been other companies like Terrafugia and AutoMobil as well as Airbus which have proposed plans too and have even tested some of their concepts.