Creating a new venture, he called it The Boring Company and has depicted what the concept would look like. Basically the underground roads/tunnels would help reduce traffic congestion according to Elon Musk. These initiatives are aimed at shaping the future of the world. 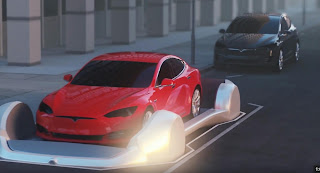 In the video, a Tesla Model S pulls over to the side of the road and drives onto a pod. Like an elevator, the pod drops down to an underground tunnel and then moves the car along a track at speeds of up to 124 mph. So in essence, the vehicle doesn't drive on the underground roads, it sits on a pod which uses a single track line to move the car at high speeds.

Musk is trying to solve environmental problems and he's already doing them. His electric vehicles would help reduce global warming and emissions, and now his vision would help ease traffic congestion on.our roads. 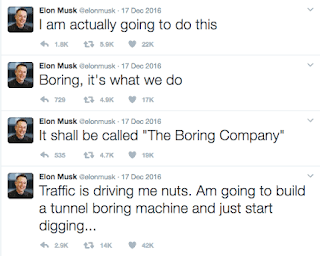 “Traffic is driving me nuts,” he wrote on his Twitter page. “Am going to build a tunnel boring machine and just start digging.” After which he named it The Boring Company and then stated “I am actually going to do this.”

Few months have passed and the company seems to be doing exactly what it proposed, just as a boring machine has been spotted around the company's space rocket "The SpaceX". At a 2017 TED conference, Elon Musk shared some insights into the company's progress. 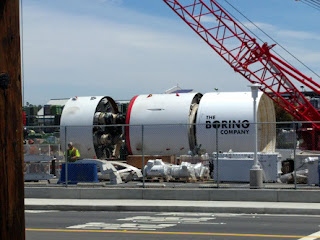 Watch the video below to see the what the Boring Company is planning to achieve.