 Home   Automobile  Hybrid  Reviews  The all-new 2017 Lexus ES300h hybrid is luxury on wheels
Isaac Oguji
Looking for a sporty yet luxurious hybrid car? Look no further! The all-new Lexus ES300h is the new cool. Remember, it's an hybrid - runs on fuel and electric, thanks to battery technology. Lexus seems to be doing pretty great already at making really awesome rides that aim at somewhat protecting the environment. I'd still have preferred a full electric ES300h to an hybrid if really it's all about saving the environment.

Recall that Lexus is the luxury line of parent company, Toyota. However, tech-savvy and people of luxury go for the expensive Lexus than the Toyota counterparts. Take for instance, the Toyota Land Cruiser and the Lexus GX470/LX570. 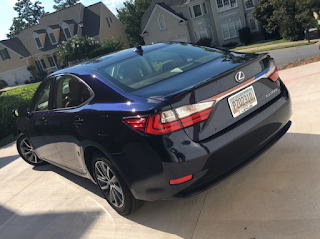 Under the hood is a 2.4-liter, inline-four-cylinder gasoline engine fused to an electric drive unit to produce a total of 200  horsepower. Those horses are routed to the front wheels through an electronically controlled CVT that forgoes traditional gears in favor of varying gear ratios tailored to the needs of the engine. 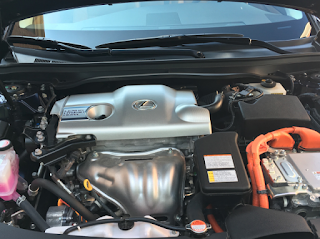 Tech Insider reports that the ES300h also delivers more than a respectable fuel economy for a full-fledged luxury sedan.
But, it is inside the cabin where the ES really shines.


The interior rocks a conventional and sleek interior with a generous amount of leather and wood trim/chrome accents. Expertly constructed, it gives the car an elegant and modern outlook. Little wonder the expensive price. Luxury never comes cheap. 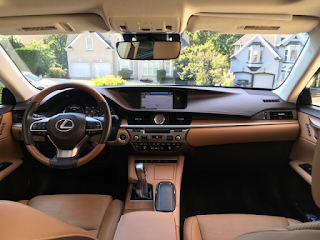