 Home   News  First reveal of the new Kia Stonic compact SUV
Isaac Oguji
Korean automobile giant, Kia is set to have a new compact SUV possibly looking to rival industry high-flying brands like the Nissan Juke and Volkswagen Golf. You could as well liken it to the company's successful model - the Niro which won Guinness world record for the most fuel-efficient car in the world. 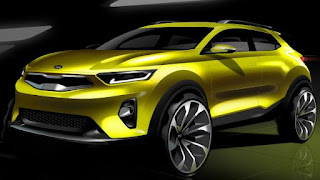 The company teased the official look for the car just ahead of its scheduled production. The sketched images shown are just conceptual depictions of the real thing. The baseline is to give you an idea of what the design signature and direction would likely take. 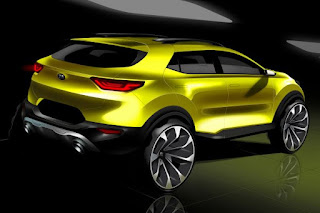 Properly styled to look like a Kia Sportage around the rear, it's sure going to be a stunner after it's officially released into the market.