Tesla Model 3 going on sale in the US

 Home   Electric  News  Tesla  Tesla Model 3 going on sale in the US
Isaac Oguji
The long-awaited Tesla Model 3 electric cars have finally arrived from production plant to meet their new owners. The model 3 is Tesla's newest vehicle which is its cheapest and most-cherished after the highly successful Model S. 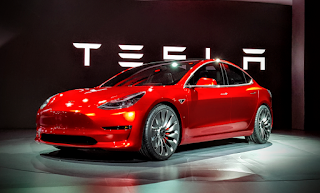 A fully equipped version would cost about $60,000, according to the latest details released by the company at the Tesla factory in Fremont, Calif Friday night. Deliveries will begin in the Fall of 2017. 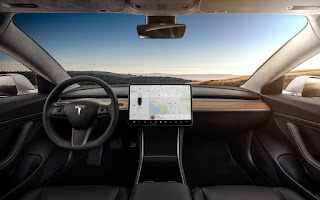 Tesla called the vehicle a “critical step” in the company’s “mission to accelerate the world’s transition to sustainable energy.”

“Model 3 is designed to achieve the highest safety ratings in every category,” the company added. “Combined with 220 to 310 miles of range and a starting price of $35,000 before incentives, Model 3 is Tesla’s most affordable vehicle yet.” 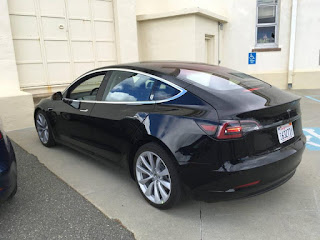 Tesla chief executive Elon Musk officially unveiled the Model 3 in front of a crowd of several hundred company employees and journalists amid of roar of applause. He spent the next 30 minutes discussing his vision for Tesla over the next year and beyond. 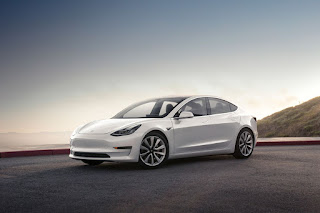 Musk said that Tesla is on the verge of a new era. He noted that customers who order a Tesla now can expect to receive the car by the end of 2018.

“Frankly, we’re going to be in production Hell. As the saying goes, if you’re going through Hell, keep going!”