 Home   Audi  2019 Audi R10 Hypercar Concept
Isaac Oguji
This is the Audi R10, a new hyper car concept for Audi which goes a step above the R8. Inspired by LMP cars, old F1 cars and jet fighters, with the very advanced position of the cockpit and its characteristic arrow-shaped body. In the front, this new R10 features a smaller and crisper futuristic Audi grille, embraced by sharp-edged LED headlights, whilst the rear has a neat and tidy tail section. 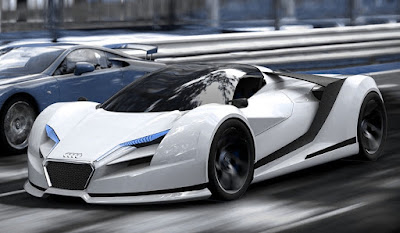 Following the Audi's philosophy "vorsprung durch technik," this two-seater hypercar, rear mid-engine layout, is a perfect sports machine, capable to hold a TFSI twin-turbo V8 engine combined with an electrical engine, giving a combined power of more than 900 hp, all wheel drive and advanced aerodynamics, with the front wings integrated in the radiator ducts and the rear wings in the stretched and elongated sideblades, which are formed from bare carbon fiber which provide a contrast against the bright white paintwork. 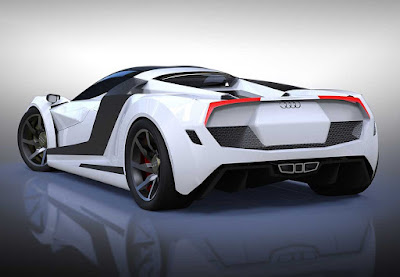 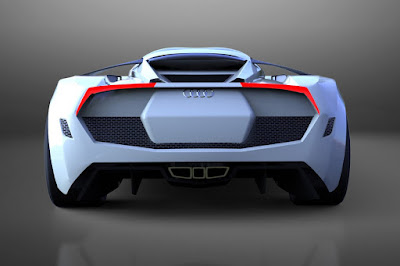