 Home   Concept  Electric  Infiniti  INFINITI electric Prototype 9 relives the 1940s experience
Isaac Oguji
Here's the product of merging the oldies with the future, a blend of vintage architecture with modern design. Infiniti is giving us a retrospect of the 1940s with their newest concept, this time an electric racer prototype which has been revealed. 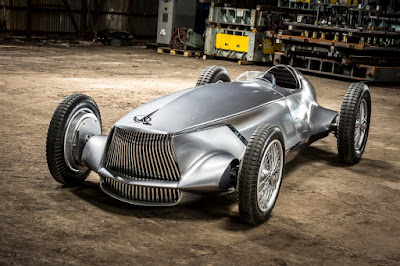 The Nissan's luxury division showed off the Prototype 9, a racer vehicle reincarnated from history with an embedded electric engine instead of the conventional combustion variant. It rocks a set of spoked wheels, a long-nose hood and a Mercedes Maybach-like kind of front grille. At first glance, I had thought this was a Maybach, but on the contrary, it's surprisingly Infiniti! The pointed tail is just too hilarious with no element of lighting or signals, which suggests that this vehicle is most probably intended for daylight racing in Motorsports. Don't expect commercial/personal models, it may most likely go to specific auto agents and may cost a fortune to acquire one. You know it's actually expensive bringing back history to the future - some expensive tweaks here and there always involved. 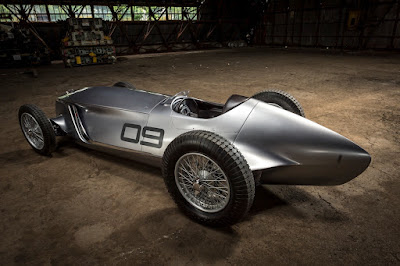 The single-seater machine would come loaded with a 140-horsepower electric motor (equivalent to a 2005 Toyota Matrix engine power) which can push it to approximately 100 km/hr (62 mph) in just 5.5 seconds as reported by Engadget. Top speed is a whopping 171 km/hr (105.6 mph).

Neither the fastest nor most powerful electric vehicle, it sure pulls some strings considering its puny nature. 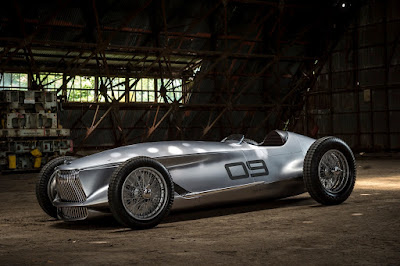 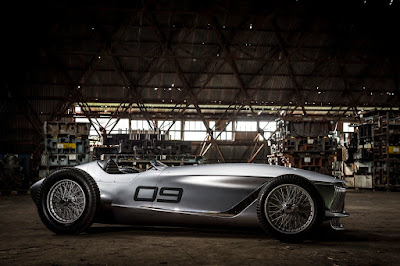 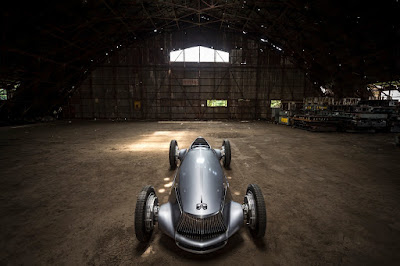