Self driving lumber truck unveiled in US

 Home   Autonomous  Robotics  Tech  Truck  Self driving lumber truck unveiled in US
Isaac Oguji
In the United States, the Colorado Department of Transportation has deployed the self-driving impact protection vehicle as it is called to the roads. It is a heavy-duty utility truck designed to save lives by crashing. What this means is that, it is made for those risky jobs which are usually performed on highways such as filling up potholes, and other general highway maintenance works. So it is parked behind those workers to protect their lives. It is programmed to absorb the impact of crash on any collision with human accidents.

According to WIRED, the autonomous life-saver truck was built by Royal Truck and Equipment, whereas another company, Kratos Defense handled the installation of the self-driving technology. There's a computer which controls the steering and pedals A computer controls the actuators and cables under the floor and around the steering column. 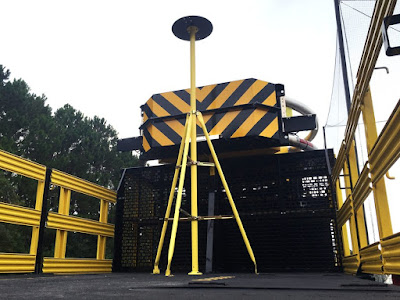 Based on reports, in the United States, the city of Colorado recorded 21,898 work zone crashes and 171 fatalities between 2000 and 2014. Nationwide, there’s a work zone crash every five minutes, according to the Federal Highway Administration—resulting in 70 injuries every day, reports Wired.

The truck is incorporated with several sensors and accurate GPS system for navigation. It also has precision equipment to aid its autonomous driving system, which allows it to operate without necessarily relying on road markings. It also uses sets of algorithms to function effectively.