This tiny SmartCar costs $5,000 and is electric

 Home   Electric  Electric cars  SmartCar  This tiny SmartCar costs $5,000 and is electric
Isaac Oguji
This tiny, little car pictured below costs a fortune to acquire. To be sold by General Motors in China market, it will go for a jaw-dropping price tag of about $5,300 - that's after there's been some price reductions or incentives from the National and Local authorities, considering it's an electric car. Obviously, I wasn't expecting anything less than that offer. 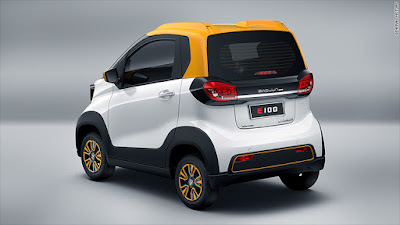 The Baojun E100 is a two-seater joy ride with a meager wheelbase of just 63 inches. It is powered by a 39-horsepower electric motor with a maximum speed of 100km/hr (62 mph). It also has a range of 155km (96 miles) on a single full charge, according to General Motors (GM). 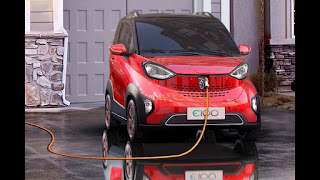 The entertainment system in-built gets so interesting with a ready WiFi incorporated and a 7-inch screen. It's stated that parking sensors, pedestrian alert systems and other safety features would come standard on all models of the automobile, with premium models coming with a touch pad and key-less entry. 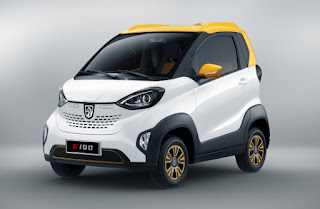 According to CNN, Baojun is a mass-market car brand from General Motors' SAIC-GM-Wuling joint venture in China. It's China's eighth most popular car brand, according to data from LMC Automotive, ranking below brands like Volkswagen, Toyota (TM), Honda (HMC) and Buick.
The E100 is Baojun's first electric car.

It's reported that already, there are more than 5,000 pre-orders for the first 200 units, with sales available to only the Guanxi region of southern China for now.