 Home   6x6  SUV  Truck  $450k Devel Sixty 6x6 Monster SUV
Isaac Oguji
Hummer 1, 2, 3... Doesn't sound like fun. The era of Hummer SUVs are over but certainly not for offroad-capable monster tank-SUVs like this one. Just like a Rezvani apocalypse tank or a Hennessy VelociRaptor or even the Mercedes-Benz G63 6x6, this one is in a way different. It doesn't just run on  a mere 4x4 or 6x6 powertrain, rather its design and nature is based on a military style, posing combat-ready. 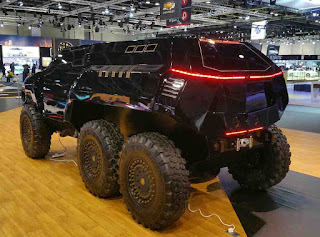 The Devel Sixty is the type which you might have seen on the "Mad Max: Fury Road" blockbuster movie. It was unveiled at the Dubai Motor Show. The intimidating looks and fiery tyres is an attempt to present to the public a civilian tank. 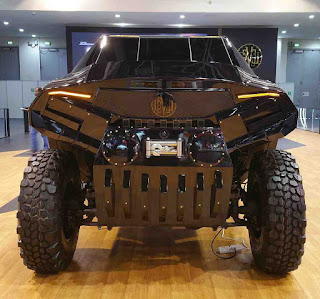 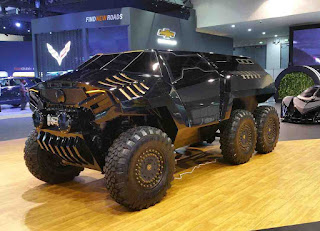 According to the company, the Devel Sixty features fully-adjustable six seats, carbon-fibre body, GPS and independent suspensions as well as portal axles and goes for a whopping $450,000, available for delivery. That's not all, under the hood is a 6.7-liter turbocharged diesel V8 engine producing 720 horsepower and 737 lb-ft of torque!


What do you make of this truck? Do you think it's a rip-off or a better alternative to the road king Mercedes G63 6x6? Drop your opinion in the comment box below.