Russian Monster 6x6 SUV driven by Putin in the Arctic

 Home   6x6  Offroad  Russia  SUV  Russian Monster 6x6 SUV driven by Putin in the Arctic
Isaac Oguji
Just look at those massive wheels and the ride height, nothing short of glory for the Russian President Putin as he personally explores and inspects an ice cave in the arctic region during the International Arctic Forum in Arkhangelsk, Russia. 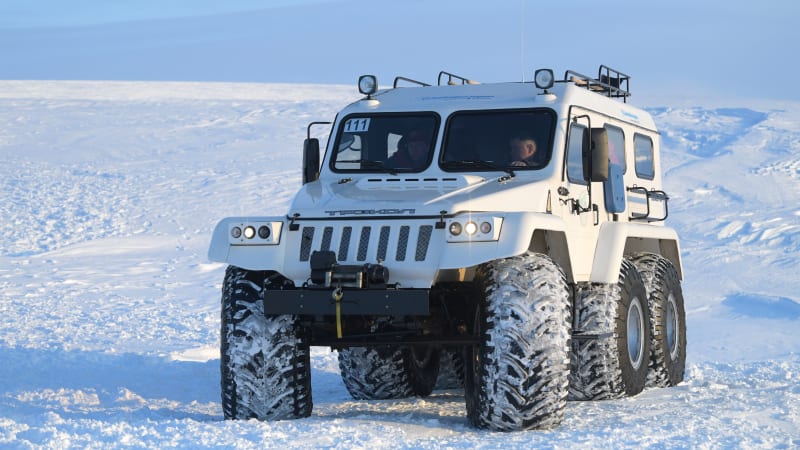 It's a freaking intimidating Trekol-39294 6x6 SUV made for extreme offroad adventures. One would only imagine the cupious amount of horsepower incorporated into this thing. It looks like a Jeep, or probably something more than that. 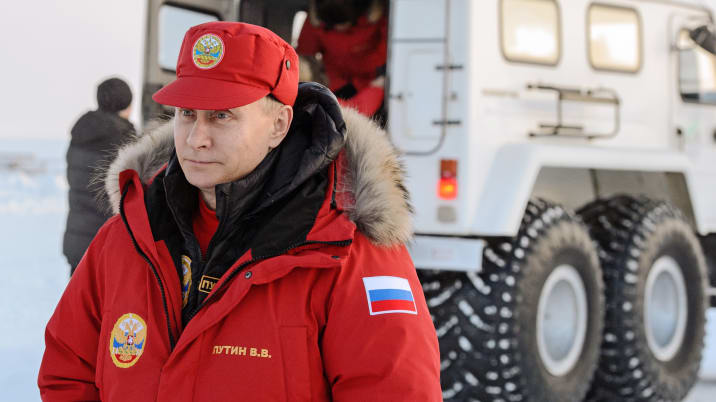 It is capable of seating up to six people with options of four different engines - two petrol and two supercharged diesel!