 Home   Classic  Lamborghini  SUV  Vintage  Classic 1990 Lamborghini LM002 SUV auctioned at $467,000
Isaac Oguji
This rare vintage 1990s Lamborghini LM002 was Lambo's first SUV in the late 20th century. No doubt, Lamborghini is known for speed and high-performance and nothing short of that. However, this limited edition SUV was surprisingly auctioned in New York for a whopping sum of $467,000! - more than twice the price of the new Lambo URUS SUV. 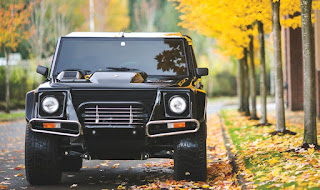 From a perspective, the auction price is way too over-achieved. One would rather purchase the brand-new URUS over this vintage militarized junkie for some super bragging rights.