 Home   Luxury  Mercedes  SprinterJet  Van  Inside the new Mercedes-Benz Sprinter - outstanding center console
Isaac Oguji
New photos of the upcoming SprinterJet luxury van have been released by Mercedes-Benz in early reveal. The SprinterJet is scheduled to launch in February next year with a more luxurious appeal than the previous models. 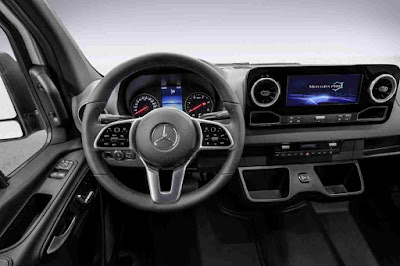 The center console is the striking attraction. So much creativity especially with the newly introduced colour display panel and revamped infotainment system. 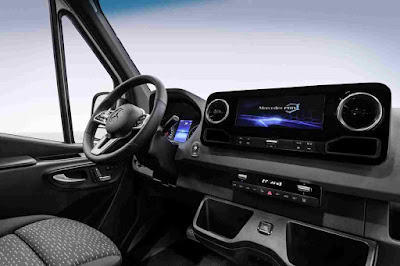 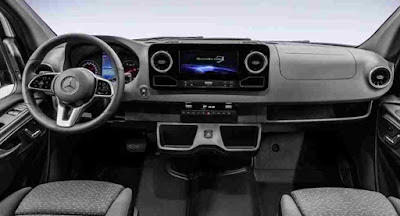 Reportedly, the van will feature USB ports for charging and as well WiFi hotspot. There are no specifics on performance yet but the vehicle will arrive in different trim levels according to media outlets.

Sales are expected to begin starting from April next year.