 Home   Classic  History  Mercedes  Adolf Hitler's Mercedes parade car goes for auction
Isaac Oguji
Probably one of the weirdest things to do, but buying this classic ride once owned by one of the world's greatest dictators in an auction may actually just set one apart. It's the 1939 Mercedes-Benz 770K Grosser Open Tourer and would be auctioned by Worldwide Auctioneers in Scottsdale come January 17. 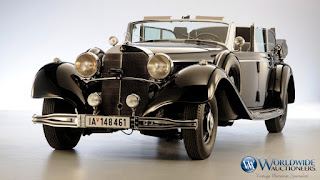 
It was used as a guest car for visiting dignitaries and also employed in the Nazi parades between 1939 and 1941 and is one of Hitler's historic relics. It is reported to have been ordered by Hitler himself and was specifically built for him in the 20th century. However, after being captured and seized by the U.S. Army in 1945, it is now going on sale and 10 percent of the proceeds will in fact go toward Holocaust education. 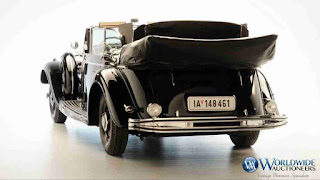 A 7.7-liter inline-eight engine powers the completely restored Mercedes. It is capable of speeds of more than 100 mph and features bulletproof glass and armor plating. 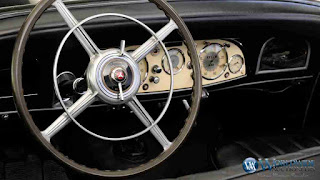 The Auction House, Worlwide Auctioneers however being the host of the auction is not a champion of the Nazi regime and its activities, exactly why part of the revenue would go into education aimed at preventing or forestalling a future occurrence of another Holocaust. 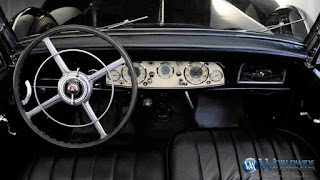 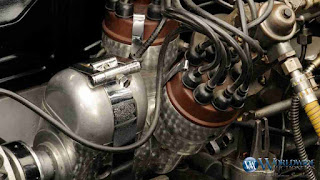 Considering the car would be used to transport Hitler, it was outfitted with additional protection. Armor plating was fitted to the sides and bottom of the car. The windshield is bullet resistant, and an armored panel can be raised up at the back behind the seats if a greater threat was determined. The Mercedes 770K's standard equipment is impressive, too, particularly the supercharged 7.7-liter inline-8 under the hood, which makes 230 horsepower. It's coupled to a five-speed manual transmission. The attention to detail on the engine is impressive, as evidenced by the machine turned distributor housings. - Motor Authority