 Home   Concept  Supercar  Toyota  Sneak peek at Toyota's 986-horsepower GR SuperSport LMP1 supercar concept
Isaac Oguji
Toyota's Motorsport arm, Gazoo Racing, which is tipped to become a performance brand in its own right, has shown a Super Sport Concept at the 2018 Tokyo Auto Salon. Very few details have been released at this point, but the power of the hybrid drivetrain has been specified as 735 kW (986 hp). 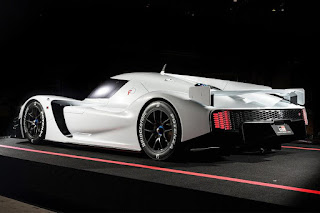 The new GR Super Sports Concept is based on the World Endurance Championship (WEC) TS050 Hybrid race car, and the announcement leaves little doubt that the 986-hp twin-turbo, direct injection, 2.4-liter V6 hybrid road car will become a reality, ensuring that the Mercedes-AMG Project One, McLaren Sennaand Aston-Martin Valkyrie will have some serious competition. 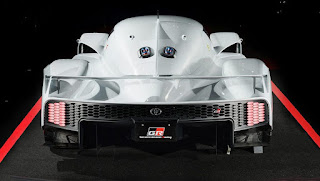 According to Gazoo Racing President Shigeki Tomoyama, there are plans to "develop sports cars from active race cars" – hence, we can expect top see other road cars developed from racing cars in the future, too. 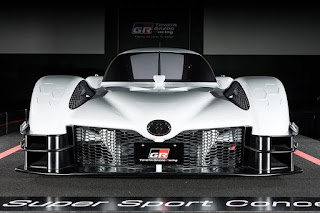 During the unveiling of the car, Tomoyama also said, "although it will be some time before you all have the opportunity to get behind the wheel, I hope that the GR Super Sport Concept will give you a taste of what we aim to achieve with our next-generation sports cars."

Just how Toyota will position the Gazoo brand is not yet clear, though performance versions of other cars in the Toyota stable have been given the GRMN label, which apparently stands for "Gazoo Racing Masters of the Nurburgring."

Here are the available specs for the GR Super Sports Concept. 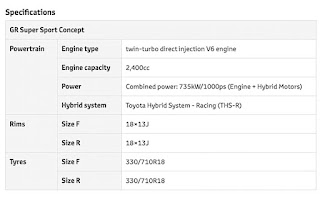