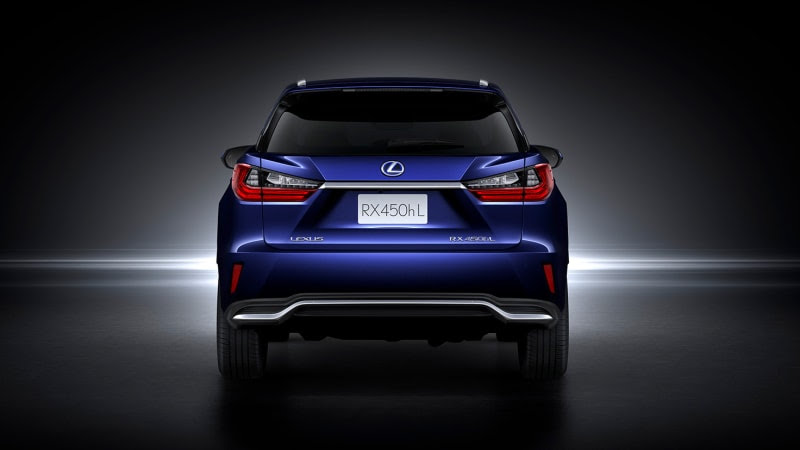 The RX 450hL will start at $51,615, positioning it right in-between luxury crossover competitors like the Mercedes-Benz GLE 350 and Infiniti QX60. The Luxury package, which adds features like semi-aniline trimmed seats, interior LED ambient lighting, laser-cut wood trim and 20-inch machine-finished alloy wheels, bumps the price up to $55,550. Prices include a $995 delivery, processing and handling fee.

The RX 450hL combines a 3.5-liter V6 engine with two high-torque electric drive motor-generators to produce 308 in combined horsepower, with an EV mode allowing it to run on pure electric power at lower speeds for short periods. Lexus hasn't yet released fuel-economy figures for the hybrid, but the conventional RX 450h is rated at a combined 30 mpg by fueleconomy.gov.

Lexus has added 4.3 inches to the rear body length of the 450hL and added more room for third-row occupants by incorporating a steeper tailgate. We've previously covered the introduction of the three-row RX 450hL and the 2018 RX 350L, which is powered by a 290-hp 3.5-liter V6 and is available in both front- and all-wheel-drive. The latter starts at $48,665 and goes up to $55,080.