 Home   Limo  Luxury  Putin  Russia  Russian President Vladimir Putin's new ''Beast'' with V12 Porsche engine
Isaac Oguji
The Russian President has shown that he's no ordinary car fan, but classy and highly-selective, especially when it comes to his entourage. His new state car Kortezh (in German, means Escort) was shown off at his inauguration as a fourth term president in Moscow. It's more of a Russian-customized Limo Rolls-Royce with a Porsche engine! 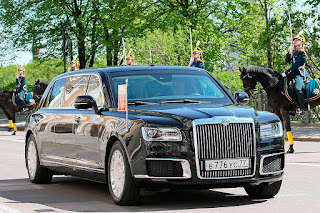 At the ceremonial ceremony, the new Russian "Beast" was the eye-catcher when Putin drove through the Russian government district for the first time. The black super sedan is reminiscent of the appearance of a Rolls-Royce and brims with the latest security technology. 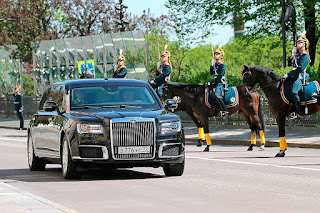 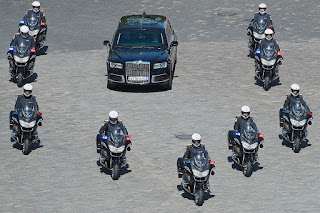 With the premiere in May, the Kortezh comes much earlier than expected, originally it should be presented in August. Spicy: Putin has his new "Beast" rather than US President Donald Trump, who still has to wait for his state car. Here's a video of the first trip with the Kortezh:

Putin's new vehicle will be powered by a Porsche-developed V12 turbo engine with up to 6.6 liters and over 800 hp. In addition to the now presented sedan, an SUV and a minivan of the series are planned as part of the so-called "Kortezh" project. The "Kortezh" vehicles are intended for the free market and are available to anyone interested. 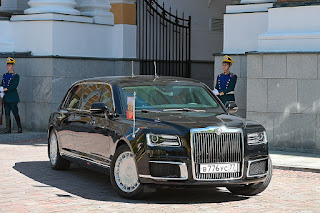 However, the over-the-counter version is offered with slight differences to the president's soda. The US portal motor1.com According to the Normalo variant should have a good 650 hp and a nine-speed automatic transmission on board. By 2020, the production of each 4000 to 5000 vehicles is planned. 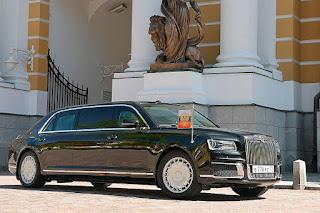