 Home   Supra  Toyota  2020 Toyota Supra sports car resurrects after more than 15 years
Isaac Oguji
The 2020 Toyota Supra was revealed at the 2019 Detroit Auto Show in the USA. This is coming more than 15 years after the last model was produced in 2002. For the Japanese market, it features a 2.0-litre turbo-charged 4-cylinder engine that produces 197-horsepower and 236 pound-feet of torque. 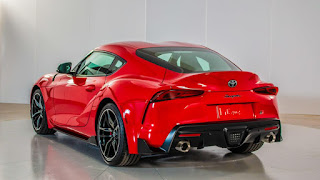 However, the United States variant will rock a 3.0-litre 6-cylinder engine making 335-horsepower and 365 lb-ft of torque, fused to an 8-speed automatic transmission. Toyota claims a 0-60 of 4.1 seconds, with an electronically limited top speed of 155 mph, and a curb weight of 3397 pounds. 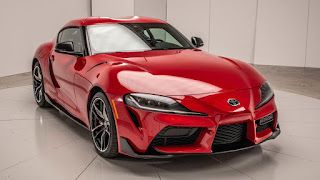 Reportedly, BMW's signature is incorporated in the new Supra especially around the power train as the engine is sourced from Germany's BMW. 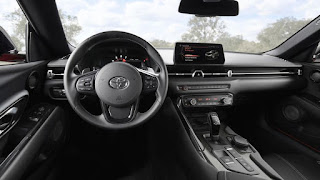 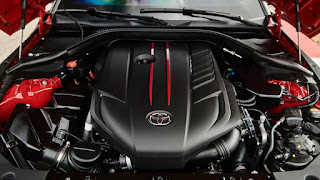 The Supra won't be available in mass quantity as the car is made generally for enthusiasts. It would reportedly come with an expensive price tag.