 Home   Design  Supercar  Someone used a Pagani Zonda R supercar as a wall art in the USA
Isaac Oguji
A $1.7 million vehicle isn't something to play around with, but it's not the case for everyone. Some car fans could be very ambitious and adventurous. It's very unlikely to see this on a regular where a very expensive vehicle is used as a wall art. Whatever happend to posters and wall stickers?! 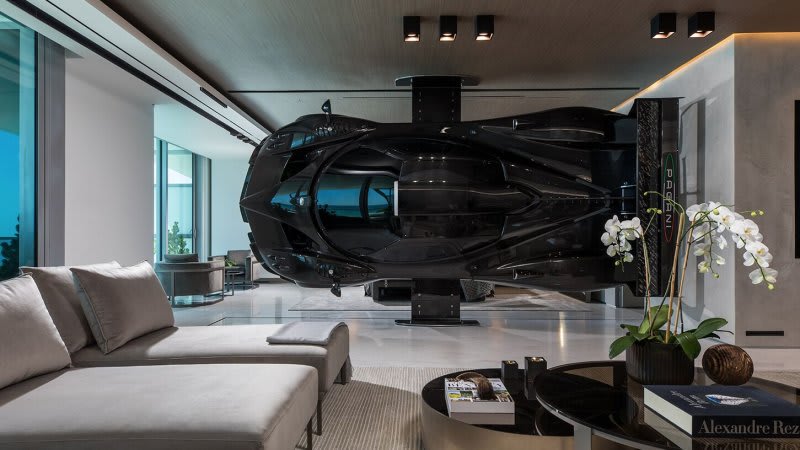 Well, not much of a big surprise since the culprit here is an Argentine racer car driver known as Pablo Pérez Companc. He made this Pagani Zonda R replica an object serving as a room divider in his $8 million Miami condo. See photos of the apartment here.

Now you catch the drift! It's not an actual car. It's however, a copy of a car he owns. "I would never condemn Black Minion to being locked in a living room," Pablo said in an Instagram post. "Race cars are for driving."

According to Curbed, the Zonda R copy was placed in the 4,200 square-foot condo by Artefacto Home Staging. A crane was used to hoist the car into the building. It's held in place by an aluminum and carbon-fiber stand.